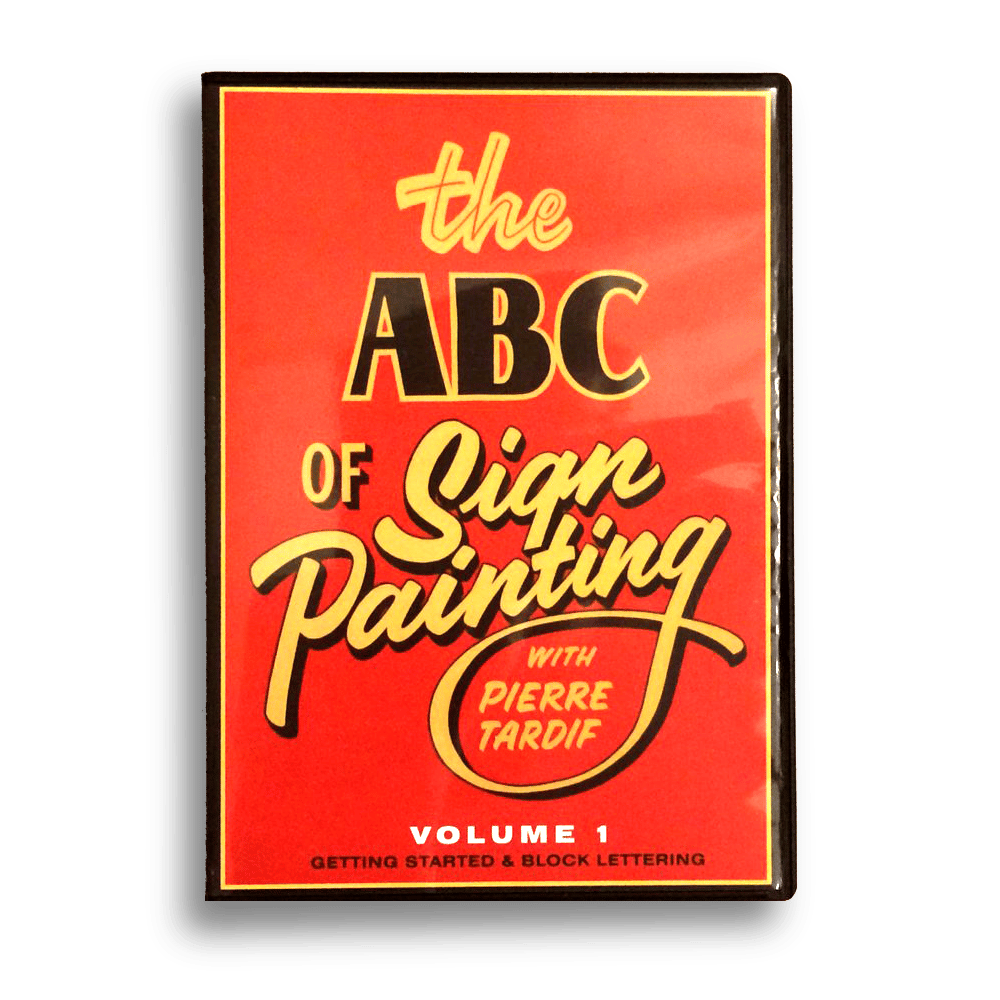 Pierre Tardif lettering by hand for over 25 years. Since opening his studio lettering in 1988, its work has been done using traditional methods and still are, which confer their unparalleled authenticity.

This DVD features 2 hours of invaluable information and tutorial of how to use a brush in creating the most basic strokes and letters of sign painting - Single stroke Block Lettering. Pierre also explains numerous other subjects needed to get started with hand lettering.